In 2017, I plan to become an Uber driver to meet all kinds of people in Winston-Salem, NC and then write about them and my adventures. I will offer various challenges to my riders, and 10% of my tips will go to a different Winston-Salem organization each month.

When I got the idea to add the Uberring through Winston series to my blog, I had no idea that my first night would be so brilliant. I will never be able to forget night one of Uberring as my first ever pick-up happened to be an ex-girlfriend of mine from ninth grade, and my last pick-up of night one was a Famous Winston-Salemite and Hollywood star, Julianna Guill. It was like Zoltar from the movie Big granted me Uber adventures for night one and sent me to blog heaven. It will be hard to top and I am just getting started with these adventures.

I signed up for Uber on December 24th, and received a message that my background check and paperwork was clear and I was able to start driving on the 26th. That night, Katie and I got home from dinner and were getting ready to put the kids to bed, when I randomly decided to turn on the Uber app. Within two minutes, I had a message that a rider needed a pick-up. I gave the family a kiss and then ran out to the minivan.

The first pick-up was just a couple miles from my house, and after getting lost a couple times (the Uber maps aren’t the best), I found the right place. First a man walked over to the van that I didn’t recognize and then a pretty blonde lady walked over. The first thing she said was “shut the &*%&% up” as she looked in the passenger window. Hopefully I get that reaction a lot during these adventures, but only for good reasons. Shockingly, my first ever Uber pickup was one of my first girlfriends from the summer after ninth grade.

Jenny broke up with me after about a week. My maturity level now is still about ten years behind my age of 36, so you can only imagine what I was like at fifteen. I am sure she had plenty of good reasons. Jenny and her husband currently live in Charlotte. They jumped in the backseat, and after a quick detour to buy some wine at CVS, we stopped by to pick up another old friend, Caroline, who I ran track with for three years at Reynolds.

I took them to a house where I spent a lot of time during my high school years, where they were meeting up with several of their high school friends. I saw another old friend, Courtney, and met her husband and then I was off back to the house with four new dollars in my bank account and a great photo in my phone.

Once I got home, I went upstairs and Katie and the two kids were asleep in my bed and I was about to get ready for bed, when I got another message that a rider was waiting. I jumped in the van again and had four more pickups over the next forty-five minutes. The first two pickups were groups of four. 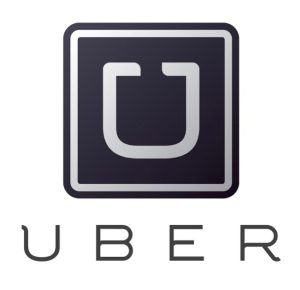 I picked up one foursome at The Beer Growler and took them to Burke St. Pub. They were talkative and actually spent most of the ride complaining about a guy I used to play soccer with growing up. Immediately after I dropped them off, I had another message from a block away at Mozelle’s. This foursome practically acted like I was non-existent until I got them to their house in Ardmore, where they did say thanks.

The next two rides were young women, who had jobs near the Mall area. I took each of them back to their houses. One of them recently received a DUI and is without her license for a couple months. She uses Uber to go to her managerial job, and to go home after work. She was incredibly friendly, and helpful with some Uber tips. The second young lady lived near my work at Salem College, and after I dropped her off, I started to head back home planning to call it a night.

I was driving down Robinhood Road, when I got another message since I forgot to turn the Uber app off. It was the same Buena Vista street where I dropped off Caroline and Jenny, and I thought it was them again trying to get a ride home. When I pulled up to the house, it was the house next door, where I also had been to a couple parties growing up.

As soon as Julianna got in the car, I said I had been to a couple parties at her house, and her first words were, “I am sure you have!” Julianna is a lot younger than me, but her sister, Lucy, was good friends with one of the sisters of one of my good friends. We spent some time hanging out with Lucy, and I am pretty sure she dated one of my good friends (I can’t remember which one).

Julianna has gone on to star in countless movies and television shows, and she also is a member of the band, The Girls, with Cyrina Fiallo (from the television show, Community). Julianna has starred in movies like Friday the 13th, Captain America: Civil War, and Crazy, Stupid, Love (with Steve Carell). She has been in countless television shows like How I Met Your Mother, Criminal Minds, and CSI. She is currently in a Hallmark movie with Vivica A. Fox called Summer in the City.

Though she is a big-time Hollywood star, Julianna couldn’t have been any nicer and down to earth during our ten minute drive to Camel City Barbecue Factory. We talked about parties at her house, our dads working on the BB&T building in the eighties together, and our holiday seasons. I also hopefully convinced her to do a Famous Winston-Salemite blog, so you can learn more about her one day soon.

After I dropped Julianna off, I cut the app off and went home with two hours of excitement and twenty-five dollars in my pocket (actually in my phone). I was too amped up to sleep when I got home and stayed up too late, excited for my next upcoming adventures in Uberring through Winston.

Some Uber tips I learned:

One thought on “Uberring Through Winston: Part I”